I may be in Florida this January, but for the past few days I've virtually been in Massachusetts. I'm obsessed with the special Senatorial election in the Bay State and have been following events avidly. While I couldn't literally attend the Scott Brown or Martha Coakley rallies yesterday, I did manage to see and hear the action through the wonders of modern technology. 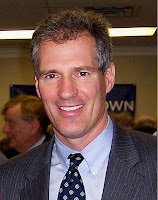 This obviously doesn't come as a great revelation—with streaming video on the Internet, email, YouTube, Facebook, Twitter, and webcams, the world has become ever more accessible. Twenty-somethings understandably take this for granted, but I continue to be astounded by my ever-increasing ability to be there while I'm still here.

Just since 2005, when I began dividing my time between Boston and Miami, the ability to remain connected has grown exponentially. Early on, I discovered that I could listen live online to WBUR, Boston's public radio station. It was both eerie and satisfying to hear the Boston weather update—rain changing to sleet, high in the mid-thirties—while looking out my window at Biscayne Bay. However, most of the Boston radio stations didn't offer the "listen live" feature back in 2005, so I wasn't able to get the local sports talk on WEEI or hear Margery Eagan and Jim Braude discuss local issues on WTKK. As for television, while the local network affiliates had websites, their video feeds were terrible to non-existent. 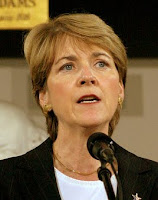 All that has changed. Starting with NECN, the New England cable news channel, videos have improved dramatically. Yesterday, I was able to access the same political news reports seen in Boston not only from NECN, but also from the Boston ABC, NBC, and CBS affiliates. And most of the Boston radio stations now offer free "listen live" options. If I want to hear Howie Carr talk with listeners on WRKO, I can do that. Ditto for Dan Rea on WBZ.

Online news aggregators have also helped put news about the election at my fingertips. At RealClearPolitics, I get immediate access to articles about the contest from news sources all over the country, plus a link to the latest poll results.

At the rate things are going, it won't be long before 3D technology allows me to attend campaign events virtually and feel as if I'm right in the middle of the crowd. For now, though, I'm happy I can watch reporters dishing out local stories there in Boston from a thousand miles away here in Miami.
Posted by Barbara at 12:23 PM