In mindfulness meditation, practitioners are taught to focus on the moment—the breath flowing in and out, the here and now. Although I've tried formal meditation practice, I've found that I prefer the meditative state I reach when I'm caught up in the flow of writing or when I sit on my favorite bench overlooking Key Biscayne and am at one with the sky, the sea, and the pelican gliding past. 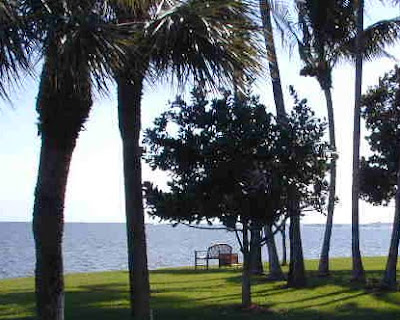 I have a friend who achieves this glorious sense of absorption when she paints. And E. has variously achieved the state of flow when playing the piano or building his electric car. It's a state of being utterly focused, when time no longer exists.

The word "flow" was first used to describe this state by Mihaly Csikszentmihalyi in his book, Finding Flow: The Psychology of Engagement with Everyday Life. When I read this book a number of years ago, I found it transformative. I began to think about my life in a new way. Rather than defining my goals in terms of happiness or productivity, I became interested in how I could increase the periods of flow in my life.

Not all of life can be lived in flow, however. There are other ways of being in the moment that are not so pleasant. Pain, even minor pain, can strand you in a never-ending moment.

The other day, I developed a canker sore on the side of my tongue. It hurt to eat, to speak, to move my tongue in any way. Intellectually, I knew it was temporary and likely to disappear in a day or two. But when it was still there the next morning, I began to feel as if it would never leave me. I focused on the pain and was absorbed by it. I found it hard to carry on a conversation with a friend who called. I imagined my personality would change if I couldn't talk fluidly as before. On the third day, I woke to find the sore had healed. For another day or two, I felt very mindful of the miracle of a pain-free tongue.

However mindfully or flowingly we lead our lives, the moments will inevitably string together to make up years. Mostly, I don't dwell on this, but occasionally something will jolt me into astonished recognition of the time that has passed. Yesterday, I received an invitation to a fortieth wedding anniversary party of a college friend and her husband. Over the years, we've been in sporadic contact, but it's been a while since I've seen them. It occurred to me, though, that I'd attended their wedding almost forty years earlier.

It seems almost incomprehensible to me that I could be old enough to have attended the wedding of a contemporary so long ago. How can I have gotten so old so quickly? Yet I still feel so young. Probably a good thing, especially if it gives me the energy and determination to pursue activities that put me in a timeless state of flow.
Posted by Barbara at 12:34 PM